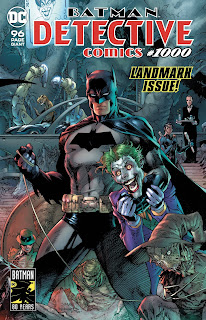 It makes sense to announce good news when everyone is watching the industry — and with Avengers: Endgame hitting theaters, that's just what Diamond Comic Distributors did by releasing its preliminary March sales charts this morning. The Top 10s are below; the full estimates will appear here on Monday.

To no one's surprise, Batman's 80th anniversary gave comics shop market orders a boost; retailers ordered more than $43.5 million in comic books, graphic novels, and magazines, 13% more than they did in March 2018.

That March, which also had four shipping weeks, was seen as a disappointment compared with the year prior; this March's sales were $5 million greater, and doubtless having Detective Comics #1000 and the Detective Comics: 80 Years of Batman hardcover around made much of the difference. 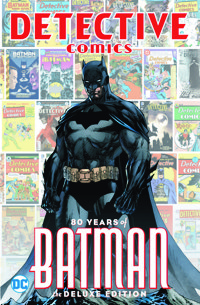 Retailers ordered at least 6.34 million new comic books in the month, down 3% versus the same month in the previous year. There were 477 new periodical releases, up 9% year-over-year. Once again, DC offered fewer new comics, 18 less than last March; once again, Marvel picked up the slack, releasing 18 more than its 2018 total. That fact combined with the high price on Detective #1000 to result in a month in which DC led dollar sales overall, while Marvel led unit sales.

DC published the six bestselling comics, and improved on its overall dollar sales by 32% over its performance in March 2019, while Marvel's dollar sales rose 8%.

Graphic novel dollar sales were up 6%, against hugely expanded output: 387 new books were released, an increase of 38% over the spare offerings of March 2018, when publishers saw relatively less from the previous year worth reprinting. Marvel's slate grew significantly, while Image went from 13 graphic novel releases to 27. By far the largest grouping of new titles, however, came from firms outside the Top Seven publishers; Monday's charts will give us a better idea who published them.


The top-selling comics by dollars:


The estimated sales for all comics will appear here on Monday. 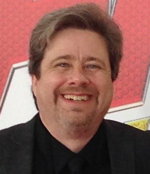 DC's quality beats Marvels quantity in the dollar ranking. Is this a first?

DC has beaten Marvel many times in both categories over the years; notably in August 2016 during Rebirth. (https://www.comichron.com/monthlycomicssales/2016/2016-08.html)

As to DC leading dollars while Marvel led units, that last happened in December 2017. Hasn't been a frequent occurrence lately, since DC's cover price was lower than Marvel's for several years. (https://www.comichron.com/monthlycomicssales/2017/2017-12.html)

Gotta admit the Dark Knight really knows how to capture people's attention. I wonder if that's why he has a better intro to Detective Comics in #1000: https://gutternaut.net/2019/04/detective-comics-1000-v-action-comics-1000/